NSS Kid’s Fun with the Shorebirds of Sungei Buloh 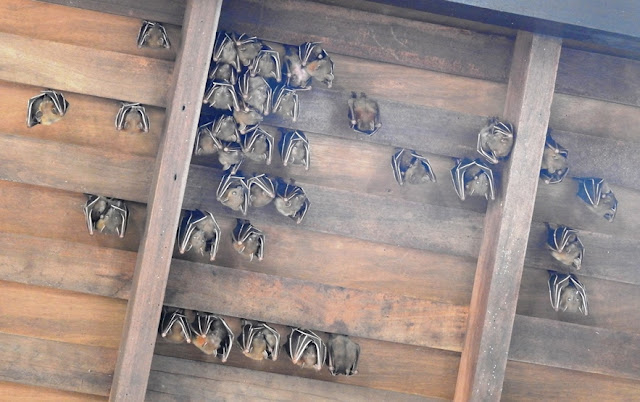 This contingent of Lesser Dog-faced Fruit Bat (Cynopterus brachyotis) is always reliably present at the entrance of Sungei Buloh Wetland Reserve to greet us each time we visit. They made no exception on 13 April 2019 when Uncle Ding Li guided us on our morning walk. We were there to bid adieu to the shorebirds before they embark on a long flight back to Siberia, Japan or China where they will raise a new brood. However, we were too late. Perhaps due to climate change which messes up the seasonal temperature differential (hot becomes hotter and cold becomes colder), practically all the migratory shorebirds had flown. Thankfully, we still had plenty to see.

The Malayan Water Monitor (Varanus salvator) is another denizen that is easily observable at Buloh. 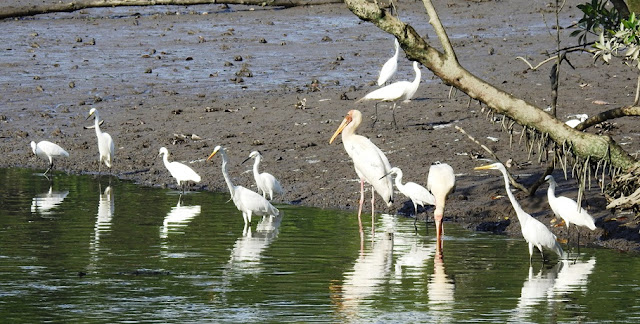 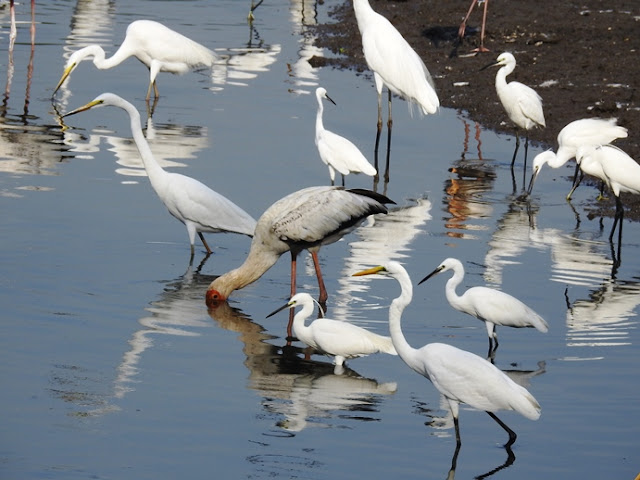 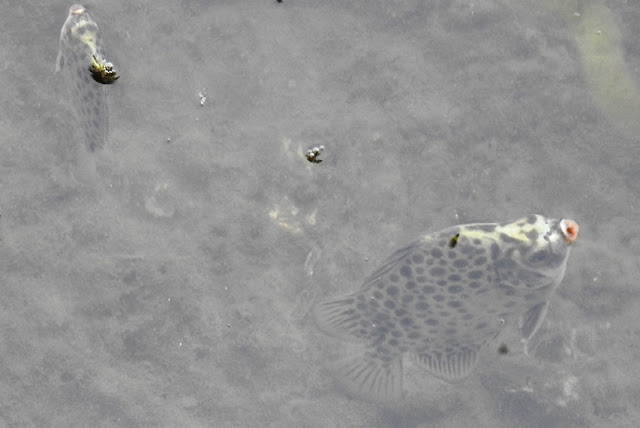 The Spotted Scat (Scatophagus argus), along with other fishes, likes to hang around under the Main Bridge that spans Sungei Buloh (i.e. Buloh River). Its name 'scatophagus' means 'faeces eater', a clue to its diet which includes the droppings of animals, on top of detritus, algae, worms, insects and crustaceans. Anglers like to catch adults as table fish or keep juveniles in aquariums. The Spotted Scat can tolerate fresh, brackish and marine water. 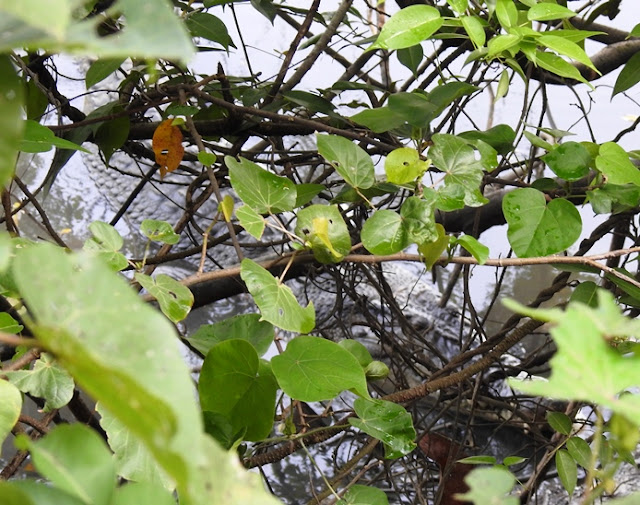 Do you sense danger lurking? This Saltwater Crocodile (Crocodylus porosus) was just off the main path, cooling off in the water barely 3 m from our group. One cannot be too complacent around crocodiles. 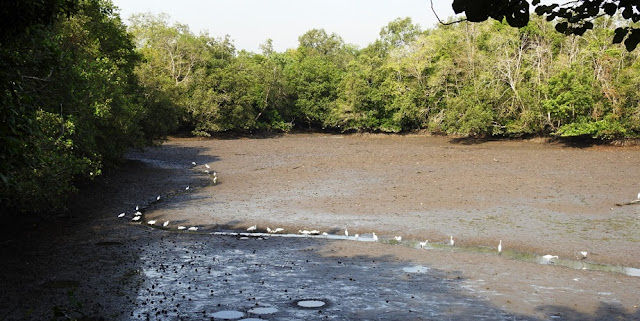 It was quite amusing to see white birds lining the entire length of a stream that cuts through this patch of mudflat. The round depressions in the foreground is likely made by Giant Mudskipper. 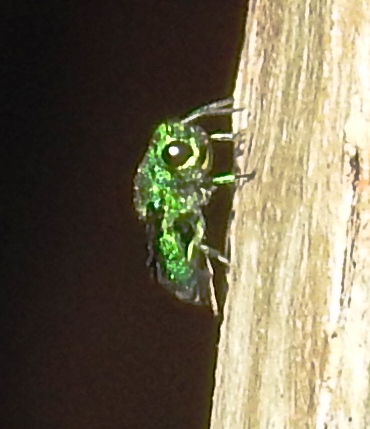 An iridescent Cuckoo Wasp, the size of a housefly, was buzzing around in the mangrove swamp. 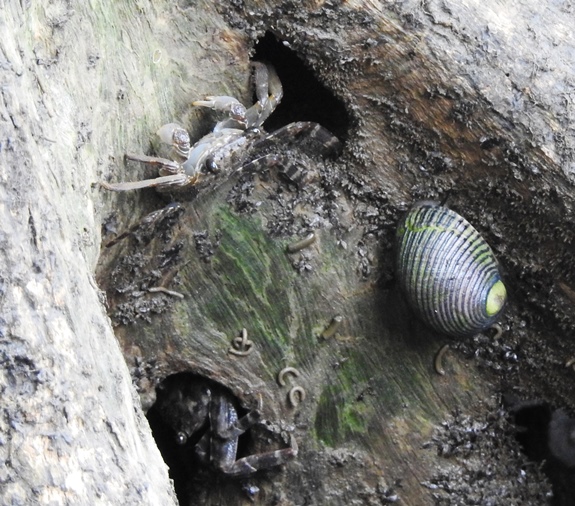 There were many Tree-climbing Crabs (Episesarma spp) that were barely noticeable, going about their lives stealthily amongst the roots and trunks of the mangrove trees. There is also a Lined Nerite Snail (Nerita articulata) in this photo. It is possibly the most widely-distributed of Singapore's nerites, abundantly found on seawalls, canals and mangrove trees. It feeds on algae.

We ended our walk back at the Main Bridge where another Saltwater Crocodile graced the mudflats with its presence. Crocodiles are crowd favourites, and this one prompted a good deal of finger pointing and camera snapping.
Posted by Fun with Nature - NSS Kids Blog at 01:47

We are all constructed out of our self dialogue. Team / Clients / Contact Overview A&G Equipment Pte Ltd (A&G) is establish in 2009 and have grown over the years leasing industrial machinery; comprising mainly Mobile Elevated Work Platforms (MEWP), forklift and other industrial machinery. A&G is a solutions provider for customer across various industries...